This article will explore what Christmas was like in the past and present, with a focus on how this holiday has evolved through times of change.

The “funny christmas toast” is a Christmas-themed text that has been circulating the internet for quite some time. It was originally posted on Reddit, but has since been reposted by numerous other websites. 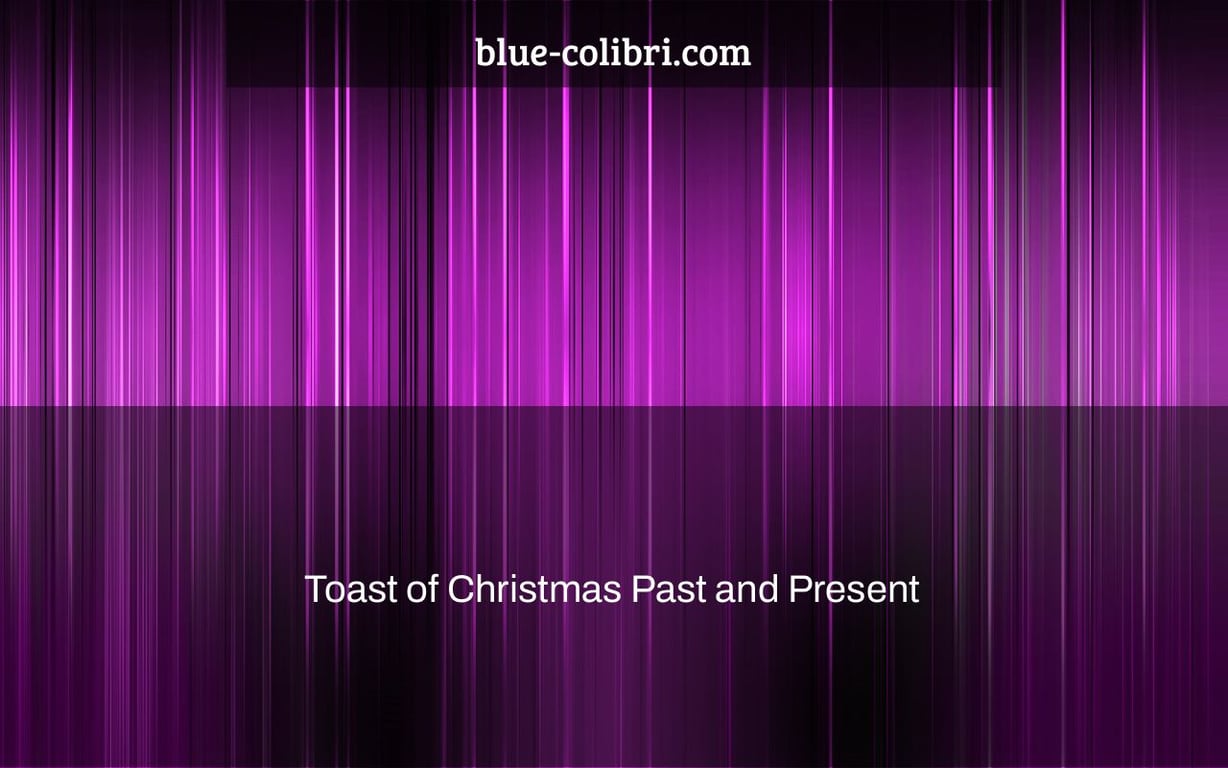 The news that the Bloody Mary may or may not be celebrating its 100th anniversary, depending on whether the drink was conceived in Paris or New York, was somehow ignored in the flurry of recent events. The beverage “has boosted us through good times and soothed us in our worst hours,” according to Christopher Cameron of the New York Post, who praises “this cold and nuanced, spicy and delicious breakfast of champions.”

“You’re committing sacrilege” if you don’t consume the mixture on Christmas morning, according to a caption under an image in the piece.

While some theologians may disagree, other news seems to be universally positive. Dan Mannarino, Kristine Garcia, and Allie Jasinski of WPIX in New York City report:

Despite an increase in COVID cases in New York City, Cardinal Timothy Dolan announced Friday that the Midnight Mass at St. Patrick’s Cathedral would remain full. On the PIX11 Morning News, the cardinal added, “We let our people know that we trust their judgment.” Those who are “fragile,” elderly, or in a vulnerable circumstance, according to Cardinal Dolan, should remain at home… The event is free, but tickets are required for safety reasons since the cathedral can hold up to 2,500 people. “It’ll be a lovely, healthy occasion,” the cardinal said.

This is in response to a WCBS story from Wednesday:

“Can you tell me about your plans for Christmas Eve Mass?” Is it possible for folks to attend in person?” [Anchor Mary Calvi] posed the question. “You bet Mary, full speed ahead.” Look, practice makes perfect, and we’ve learned how to do it correctly over the previous 22 months. So we’re safe, secure, and healthy, and we’re taking all the necessary steps. The crowds have returned. “The people are delighted to be there, and we’re ready to accommodate a full program,” Dolan said… Calvi wondered whether the Catholic schools of the New York Archdiocese would be harmed by the shift to remote learning, which has been announced by various school systems. “Are you worried about the Catholic school system’s future?” Calvi enquired. “Of course, I’m worried, but we’re on a high right now, because remember, we didn’t close last year.” We didn’t use a remote control. We didn’t have any breakouts, either. There were no unexpected spikes. The instructors, administrators, parents, and volunteers were all very meticulous. And then we were back in class. And our enrolment increased, and it has remained high till this day. So we have no intention of backing down and going remote,” he added.

Ben Yakas of Gothamist talks about a local landmark for people who are out and about in the city:

“Twas the night before Christmas,” as we all remember it, begins Clement C. Moore’s poem A Visit from St. Nicholas, which he wrote in his New York apartment. The poem’s provenance is still a point of contention among academics… Moore’s Chelsea flat at 314 West 22nd Street, on the other hand, has been landmarked, with “Twas The Night” written on a gold plaque. Barb Salzman has been contentedly residing there since 2005, and she has now begun to display the poem to the joy of the close-knit community… Now we’ll take a break from our Christmas rhyme to ask Salzman a simple question: Why do they celebrate this tradition since she doesn’t believe in Santa Claus? “I’m Jewish technically, but it’s not my holiday,” she told Gothamist over the phone. “It’s a very sweet gesture.” That isn’t anything to feel sad about. “I believe that if you ever have an opportunity to impart a little peace and pleasure, you will be rewarded tenfold,” she remarked.

Even among doubting journalists, peace and joy have been known to spread at this time of year. Richard Shepard wrote in the New York Times forty years ago:

The economy, like the rest of the globe, is facing issues today. However, Tim Donnelly of the New York Post provides some advice for individuals whose ambitions may have been thwarted by Covid:

The good news is that you’re stranded in the world’s most beautiful city, which no number of tiny Grinches can take away… With several Broadway plays canceled, the Rockettes high-kicking off the stage for the year, and numerous eateries temporarily closed, it may seem like there isn’t much to celebrate about. However, Christmas in New York has always been an outside event: carolers in the parks, lights on tall buildings, music in the streets, and corner vendors enticing you with aromatic bags of roasted chestnuts… “You could really discover a tranquil city on Christmas Eve and Christmas Day.” “Having the city to yourself is extremely amazing,” Chris Heywood, a representative for NYC & Company, told The Post. “We like to argue that being stranded in New York City isn’t a consolation prize.”

Mr. Donnelly goes on to say:

Many New Yorkers probably never see the Rockefeller Center tree, just as they never see the Statue of Liberty. The point is, it’s great! It’s difficult to imagine a more famous American Christmas ritual. It’s also difficult to view during regular hours, when the sidewalks are clogged with selfie-stick-swinging, slow-walking visitors… Here’s how to escape even a modest throng this year: the tree lights generally go off at midnight, but on Christmas Day, they stay on for the whole day. So wrap up and get there early in the morning, and you may have the 79-foot, 12-ton Norway spruce all to yourself.

Let’s hope readers have a relaxing weekend, no matter where they are today.

“The Cost: Trump, China, and American Revival” is co-authored by James Freeman.

(Teresa Vozzo contributes to the compilation of Best of the Web.) Many thanks to our readers and a happy holiday season.)

The “family christmas toast” is a traditional Christmas toast that has been around for centuries. The toast typically includes the phrase “to our family, friends and loved ones.”