The company that produces the PAX Prime convention announced a new format for their show, which will be in-person in April 2022. The change means attendees are required to get a vaccine and wear masks or face risk of being turned away at the door. 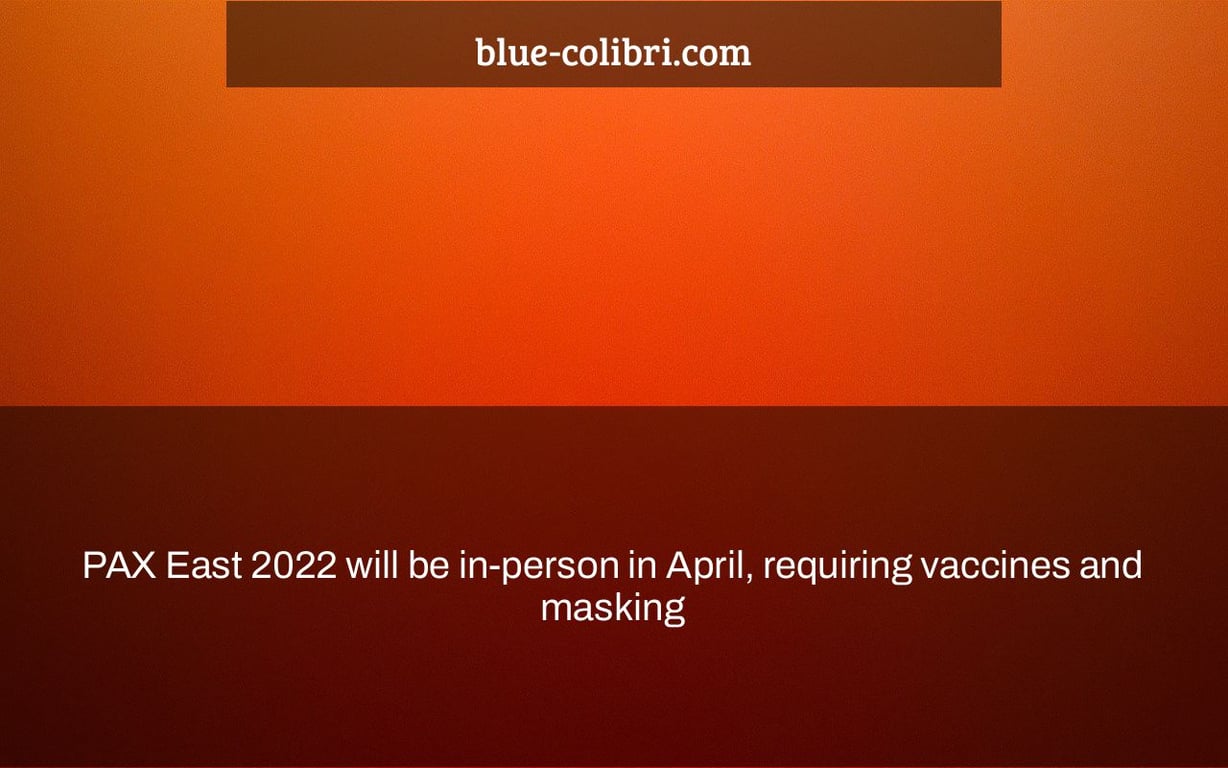 PAX East is on for 2022 in Boston, Massachusetts, according to ReedPop and Penny Arcade, with the festival returning to an in-person format from April 21st to April 24th. The event’s tickets are on sale now, and organizers promise a “huge exhibition floor with hundreds of publishers, developers, and suppliers, to be revealed in the months leading up to the expo.”

You may think it’s a strange declaration, given that it comes as another COVID-19 strain sweeps the area in a new wave of the pandemic, which is now two years old. Over the previous several weeks, the number of cases, hospitalizations, and fatalities in Massachusetts has risen rapidly. However, Jerry Holkins of PAX claims that successful safety measures at PAX West (held in September in Seattle) and PAX Unplugged (held last weekend in Philadelphia, which is currently experiencing a massive spike in cases and is rushing to implement new safety measures such as vaccine mandates) justify the continuation of in-person video game events.

“After canceling the show in 2021 for the community’s health and safety, and conducting safe events with PAX West and PAX Unplugged in Seattle and Philadelphia, PAX East will demand required evidence of immunization and facial coverings for all attendees, exhibitors, and visitors in the BCEC.” In the run-up to PAX East, further health and safety information will be available on the PAX East website.”

Hopefully, this wave will have passed by then; in the meanwhile, you’ll have to keep an eye out for yourself, since others definitely will not.

PAX is the source of this information.