This Nintendo 3DS game has a lot of hidden secrets and Easter eggs for those willing to look. Here’s how you can unlock the most important ones in Kirby: The Forgotten Land.。 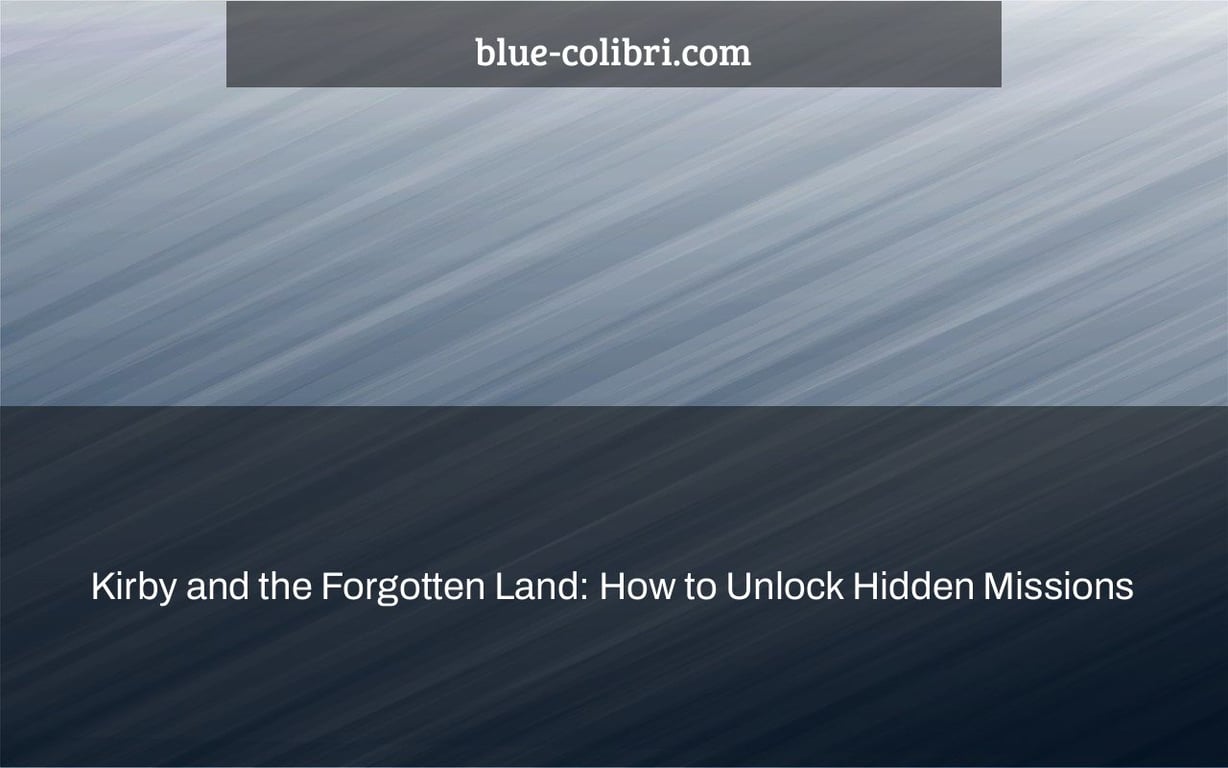 You must finish every task in the game, including the secret missions, if you want to save every Waddle Dee and 100% Kirby and the Forgotten Land. Each stage in the pink puffball’s current journey features three secret quests to complete in addition to conquering a level and locating the hidden Waddle Dees.

The Forgotten Land features 40 stages spanning 7 planets, including optional post-game material, so if you want to be a genuine completionist, you’ll need to find 120 Hidden Missions.

These missions aren’t shown when you first start a level. You’ll have to play to find them all, but fortunately, it’s a rather forgiving approach that should come easily. And if it doesn’t, there’s a safety mechanism in place to ensure that you’ll never become entirely trapped as long as you keep playing.

How to Unlock Kirby and the Forgotten Land’s Hidden Missions

The quickest method to uncover Hidden Missions in Kirby and The Forgotten Land is to complete them, as you’ll likely find during the first level. This may seem stupid, but you will most likely come upon several secret goals by accident. The caveat is that although some Hidden Missions are one-and-done jobs, such as discovering a hidden place, others need you to perform an action numerous times or collect a series of objects scattered across the level.

For example, after completing the tutorial, a Hidden Mission on the first level demands you to have Kirby blossom 5 tulips strewn over the area. To finish the goal, you must locate all of them in one run, however once you’ve discovered one, the quest will be permanently marked as unlocked in the pause menu. This holds true for all of The Forgotten Land’s similarly structured collection-based Hidden Missions.

While this is the most popular method of discovering Hidden Missions, the game also has a method of doing it for you. If any tasks are still locked after you finish a level, one will be unlocked automatically – and only one at a time. This does not imply that the goal will be fulfilled; rather, you will be able to see what the Hidden Mission is, allowing you to know precisely what you’re searching for the next time you play the level.

Combining these two ways motivates you to try new things and explore the levels, but it doesn’t penalize you if you make a mistake. Again, the greatest advise we can provide is to play the game as you normally would and let your curiosity guide you. If the worst comes to pass, you may always retry the level to get additional information.

The “kirby and the forgotten land figure collection” is a game that has hidden missions. To unlock these missions, you must collect all of the figures in the game.