Charles Barkley and the TNT Crew are always right, so much that they seem to be a parody of themselves. They were at it again this year when predicting NBA reserves for the All-Star game in New Orleans during Saturday’s night broadcast. 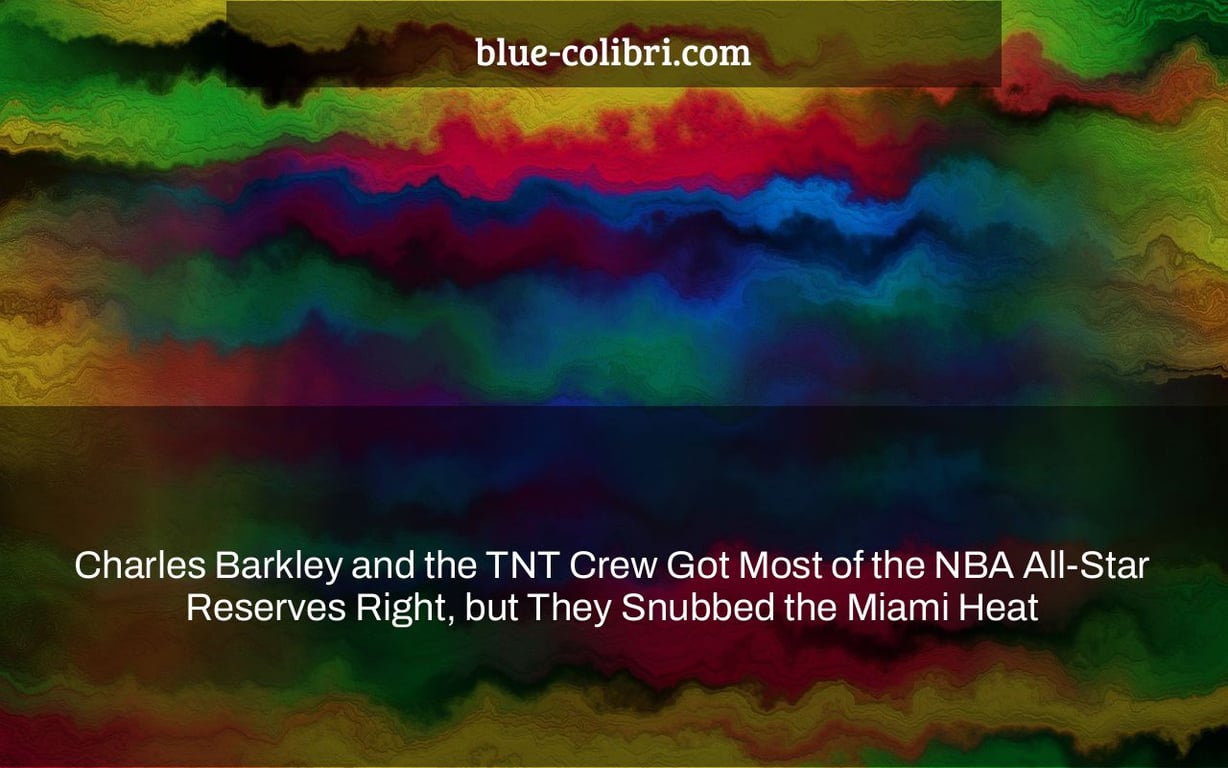 Nothing seems off limits, particularly when it comes to Russell Westbrook of the Los Angeles Lakers shooting over the top of the backboard or the San Antonio Riverwalk.

TNT’s team, on the other hand, sometimes misses the mark on a subject it is attempting to explore.

The NBA All-Star starters were revealed by TNT’s crew, with just one shocking decision.

TNT utilized a portion of Thursday’s show to announce the starters for the NBA All-Star Game on Feb. 20 in Cleveland. The two captains who will pick the two teams are Kevin Durant and LeBron James. Giannis Antetokounmpo, Joel Embiid, Trae Young, and DeMar DeRozan were selected as starters from the Eastern Conference. The West will be represented by Nikola Jokic, Stephen Curry, Ja Morant, and Andrew Wiggins, the reigning league MVP.

Wiggins was the biggest surprise selection in a vote where the results came from fans (50%), NBA players (25%), and NBA media (25%), according to NBA Communications. While Wiggins has been solid for the 36-13 Golden State Warriors, Chris Paul and Devin Booker had significantly stronger cases. Their fourth-quarter brilliance is a big reason why the Phoenix Suns sit atop the league at 38-9.

TNT’s crew and Charles Barkley agreed on a few All-Star reserves, but missed on a few others.

While filling out the All-Star rosters with the starters revealed next week, TNT’s crew tried to guess how NBA coaches would vote. In the following days, NBA coaches in the East and West Conferences will choose seven reserves. In an ideal world, the NBA would soon extend those rosters to 15 players each side, but that’s a discussion for another day.

Charles, Kenny, Shaq, and Ernie agreed on a number of no-brainer decisions from the two conferences on Thursday night.

The Western Conference has the most agreement. Devin Booker, Chris Paul, Luka Doncic, Rudy Gobert, Donovan Mitchell, and new Inside the NBA newcomer Draymond Green were all selected by the TNT crew.

There was less agreement in the East. Cleveland point guard Darius Garland, Chicago guard Zach LaVine, and Boston swingman Jayson Tatum are all expected to be in Cleveland, according to the group.

The remainder, on the other hand, is where the drama, hilarity, and whiffs began.

What about Jared Jeffries? Kenny Smith has ‘Gone Fishin’ with one of his All-Star reserves selections.

It’s one thing to squander a draft selection and leave a more worthy player off your All-Star vote. Nominating a guy who hasn’t played in an NBA game since 2013 is an other story entirely.

That’s exactly what Kenny Smith did when he wrote down Jared Jeffries, a former NBA journeyman, instead of Memphis big man Jaren Jackson Jr. The TNT team, predictably, had some lighthearted fun with the mistake. “Jared was like, ‘I’m going to the All-Star Game,’” Charles Barkley joked. Let’s hope TNT pulls Jeffries onto the set during the All-Star Game in Cleveland in a few weeks for some comic gold.

Jackson Jr., according to Barkley, should be in the NBA All-Star reserves after leading Memphis to a 33-17 record. For O’Neal and Johnson, the ultimate choice was Karl-Anthony Towns.

Barkley and O’Neal wanted to commemorate the local Cleveland Cavaliers’ feel-good narrative in the East, so they named Jarrett Allen among their reserves. Smith and Johnson, on the other hand, chose Charlotte’s top scorer Miles Bridges.

The TNT team made a mistake by neglecting to properly acknowledge the Miami Heat, who are currently leading the Eastern Conference with a 31-17 record. Tyler Herro, the frontrunner for Sixth Man of the Year and Most Improved Player, was on three votes, but O’Neal went with Domantas Sabots of the 17-32 Indiana Pacers. Smith omitted Heat great Jimmy Butler in order to accommodate LaMelo Ball of Charlotte.

Three experts from the TNT crew chose Brooklyn superstar James Harden for their reserves roster. Barkley wanted to place Toronto point guard Fred VanVleet (21.7 PPG, 7.0 APG) ahead of Harden because of his outstanding performance. Barkley’s hatred for the Brooklyn Nets’ choice to let Kyrie Irving be “Half Man, Half a Season” undoubtedly influenced his decision. If he were an NBA GM, not even Contrarian Chuck would choose VanVleet over Harden.

The TNT team, as usual, got it basically correct and agreed on a few options. However, there were a few blunders, such as failing to acknowledge the Miami Heat’s prolonged brilliance, which deserved at least two All-Star spots. Overall, not bad from a TNT staff that never fails to provide lots of laughs.